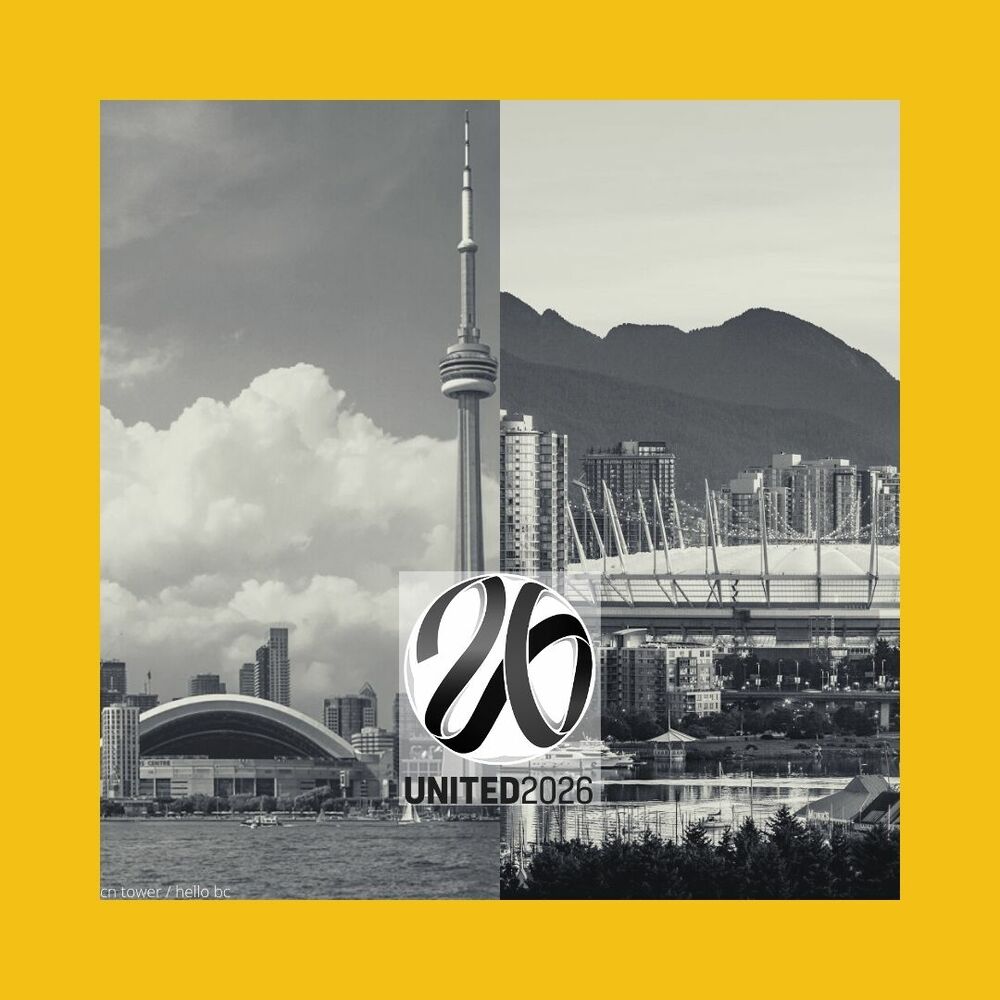 It’s official, the 2026 FIFA World Cup will be played in two Canadian cities, Toronto and Vancouver! The announcement marks the first time that a Men’s World Cup match is played in Canada.

The two cities are expected to share 10 out of the 60 Group Stage matches while three Mexican cities share 10 matches. The remaining 40 Group Stage matches and the Knockout Stage matches are expected to be played in the United States, with the Final’s destination yet to be decided. While the Canadian Men’s National Team is preparing for their first World Cup since 1986 later this year, they won’t have to go through the same stages as they did for Qatar. All three host countries will receive automatic qualification into the 2026 World Cup as the overall number of teams will be increased from 32 to 48.

Although numerous cities submitted proposals to host matches in Canada, none were more certain than Toronto’s bid. Back in November of 2021, Toronto Mayor John Tory, joined by MLSE Chairman Larry Tanenbaum and Ontario’s Minister of Heritage, Sport, and Tourism Lisa MacLeod, hosted FIFA delegates to show off the city's potential for a World Cup host. The city has previously hosted large-scale events such as the 2015 Pan American Games and the World Cup of Hockey in 2016 but nothing quite compares to the energy and buzz of a World Cup. Although the delegates were pleased with their visit, concerns about Toronto’s BMO Field were raised. Currently, the capacity for Toronto FC’s home stadium is 30,000 which falls short of the 45,000 minimum by FIFA. Last year, TFC President Bill Manning said that BMO Field would be renovated to hold at least 45,000 to 46,000 fans but declined to state whether or not the additional seats would be temporary or permanent. The most the stadium has ever held is 40,000 during the 2017 NHL Centennial Classic between the Detroit Red Wings and the Toronto Maple Leafs. Hosting the World Cup is estimated to cost Toronto around $290 million, with a prediction of $307 million in revenue.

Vancouver was the only other Canadian city selected as a host after Edmonton’s bid was unsuccessful. Vancouver’s bid comes with fewer complications as they already have a world-class stadium and experience hosting large events. In 2015, the finals of the 2015 FIFA Women’s World Cup were played in BC Place in front of a sold-out crowd of 53,000. With no plans to renovate or expand BC Place, the World Cup is set to cost Vancouver a mere $5 million, which is still significantly higher than the $1 million contributed to the 2015 FIFA Women’s World Cup.

Edmonton remains the only Canadian city to be rejected after Montreal declined to submit a bid after the expenses proved to be too high, seemingly for a renovation of the Olympic Stadium.

Although Canadians won’t be able to watch a World Cup home match for another 4 years, they can still cheer on their Men’s National Team at this year’s World Cup in Qatar with their first Group Stage match against Belgium on November 23.