How Toronto FC’s Newest Signing Will be Marketed 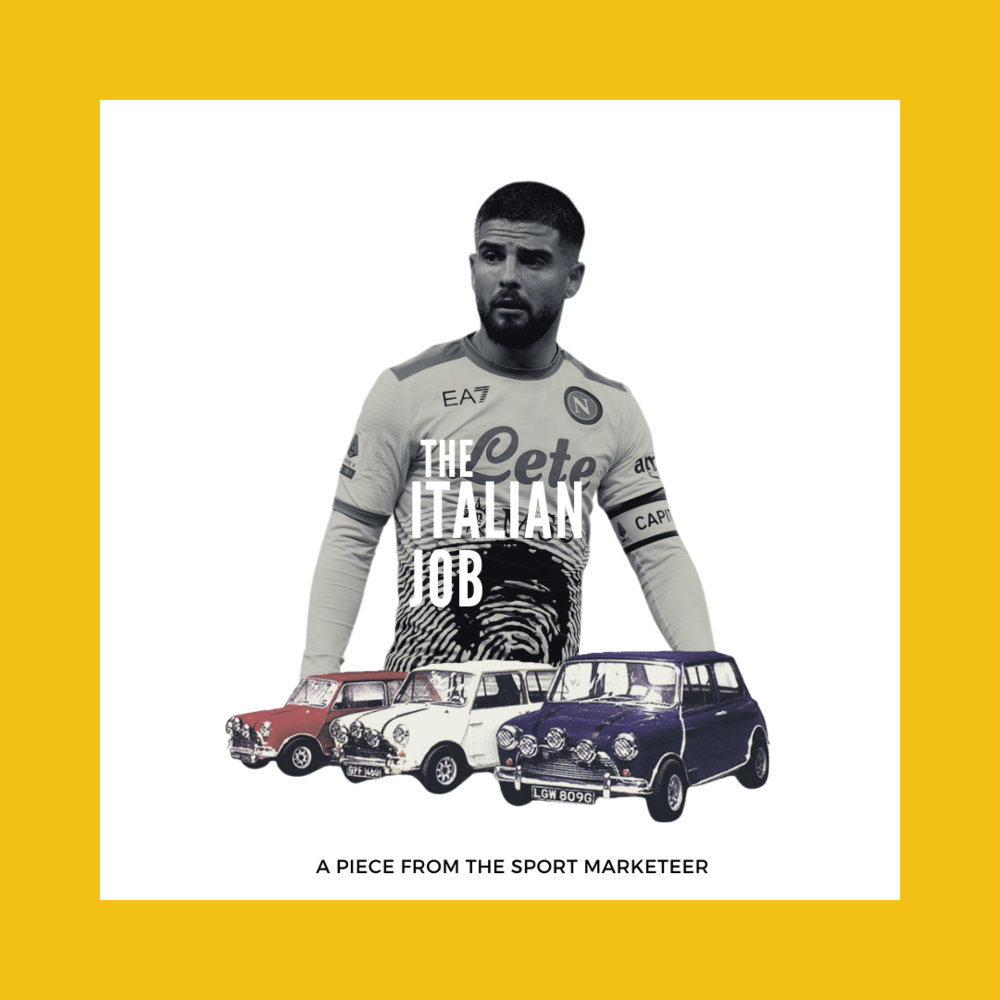 Just last week, the transfer and signing of Lorenzo Insigne were officially announced by the MLS’ Toronto FC. Though rumoured for weeks after breaking on Twitter, the signing of the 30-year-old European champion and Napoli captain brought lots of excitement to the market and made headlines worldwide. Though Insigne will be joining the team in July (after the Serie A season is completed), the hype has already begun.

This is not the first time Toronto FC has brought in a talented athlete from Europe to make a splash in the MLS. Two names that most TFC and MLS fans will remember are Jermain Defoe and Sebastian Giovinco. Both times, these signings came with a lot of hype and were introduced with their own flair. Today, we’re going to take a small trip down memory lane and look back at how Toronto FC introduced their star signings over the years, note down some learnings, and evaluate how the team will form a brand identity around Insigne.

The slogan around the signing of Defoe from the EPL’s Tottenham Hotspur was centered around the “Bloody Big Deal”. In January of 2014, those 3 words were all over the Toronto sports columns and were a key piece of messaging in the advertisement launched by the team to announce the signing

The context behind the commercial is how the entire country of England is reacting to the signing - seeing a big name go overseas to play the country’s most popular sport in… Canada? Although fans will debate on Defoe’s skill and prime years being behind him in 2014, the idea of a top-flight EPL team’s best player leaving to go to North America was not a popular theme (David Beckham went to LA from Real Madrid). The ad takes a light approach and is filled with stereotypical British themes, with everyone spit-taking what is assumed to be their tea after reading the headlines. No highlights or pictures of the star were in the commercial at all. Although the signing may not have worked out the way TFC fans expected, and the name Jermain Defoe may leave a sour taste in fans’ mouths, it goes without saying that the words “Bloody Big Deal” will remain engraved in the minds of TFC fans (whether as a meme or a nostalgic memory)

In February of 2015, TFC’s next big European splash was made. Sebastian Giovinco, playing for Juventus at the time, was brought over as a 28-year-old who still had some of his best years ahead of him. What stood out about Giovinco is his 5’4” height, earning him the nickname La Formica Atomica, or The Atomic Ant. The TFC marketing team took this nickname and ran with it in his introduction video:

In contrast to the Jermain Defoe video, this one is centered around the game and includes pictures of BMO Field, of Giovinco, and addresses the hype of bringing the star overseas directly. On the theme of his nickname, the ad takes a comic theme and feels like the beginning of a Marvel movie. Completely narrated in Italian (Giovinco actually needed a translator when he first arrived in Toronto), it adds a touch of Giovinco himself there and surely made its rounds in Italy when first released.

Giovinco was brought in with the fanfare of being TFC’s superhero, and with the hype of being larger than life on the field, dominating against the North American competition. It’s safe to say he did not disappoint, winning MLS MVP in 2015 (his first season), and 5 trophies during his time in Toronto, capped by an MLS cup in 2017.

With Insigne’s arrival scheduled to be mid-2022, it remains to be seen how Insigne will be officially introduced and marketed once he touches down in Toronto. To announce and celebrate the signing, TFC did release the following video:

Playing on the Italian theme with the music, the art canvas, the video is capped off with the announcement of the signing coming from Fabrizio Romano, the most popular and one of the most trusted football insiders (we would say he’s football’s Woj, but frankly, Woj is basketball’s Fabrizio). With the Toronto area being home to the 4th largest Italian population outside of Italy (over 500,000 people), it is no secret that this signing will be a big celebration for Italian-Canadians in Toronto, who are coming off a huge Euro 2020 win. Only time will tell if Insigne’s brand will be focused on more than his Italian background and achievements.

This case study has shown us that each player’s introduction came with its own flair - the Toronto FC marketing team has crafted the branding behind each piece based on the player, not following a cookie-cutter model. The landscape of the MLS has changed in the years since Defoe and Giovinco were brought over, and with the boom of Canada soccer over the past 2-3 years, there is a growing fanbase for the sport - a trend that we are following very closely at white whale mktg. The Insigne signing and the allure that comes with it in July will be something to look forward to.