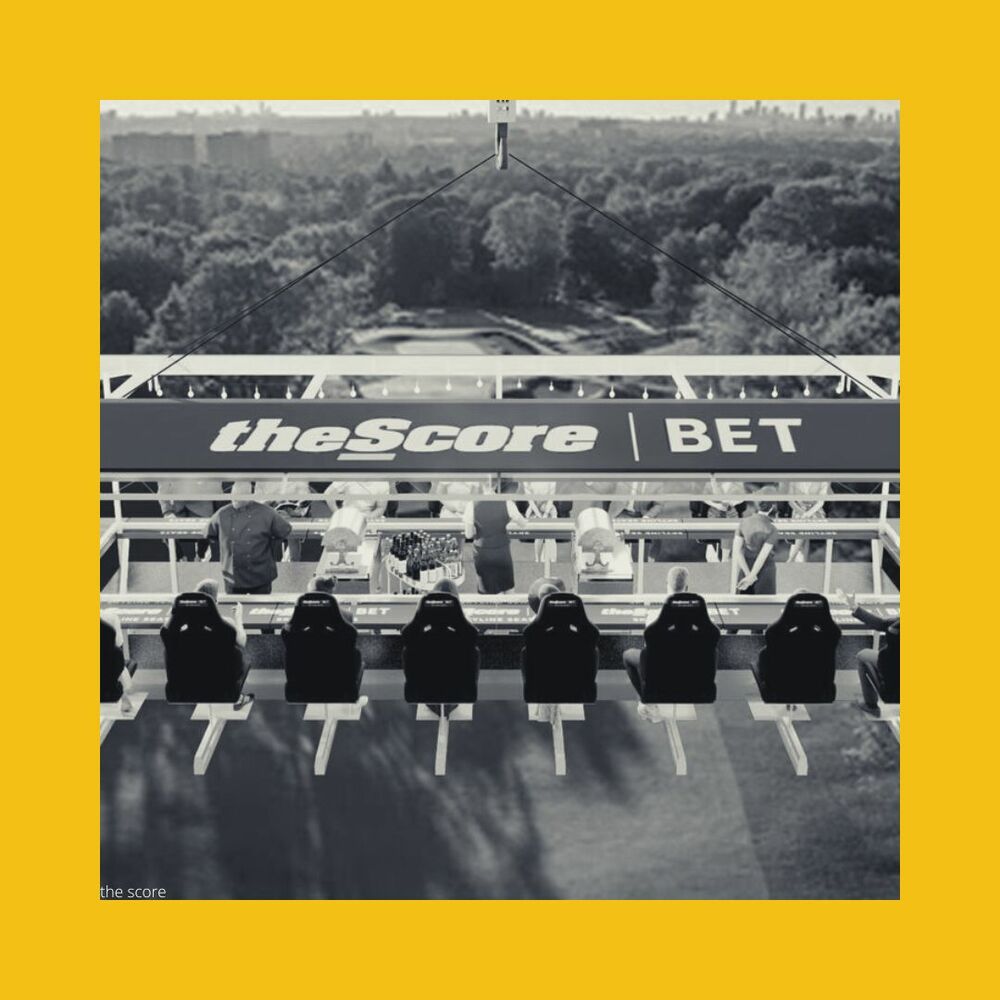 It’s official, theScore Bet has partnered with Golf Canada to become their official gaming partner. The innovative deal that brings new on-site and digital activities to the Canadian golfing industry has been announced ahead of the 2022 RBC Canadian Open which is set to begin next week.

After reaching an agreement with the PGA Tour in March of 2021 to be their Official Betting Operator in North America, theScore Bet doubles down with another Canadian partnership. The deal includes a new and entertaining way to watch the world’s best golfers up close. theScore Bet is introducing Skyline Seating where 22 lucky fans have the chance to sit up to 100 feet in the air in a suspended seating section. Fans will be harnessed in the air for up to 30 minutes where they are served complimentary food and drinks while having the chance to watch golfers on the 18th hole. To be eligible for Skyline Seating, fans must visit various theScore Bet stations on the course such as their BET MODE Putting Challenge or theScore Bet Members Lounge. As expected, only theScore Bet account holders as eligible for Skyline Seating.

The betting company has been very busy with its marketing efforts in Ontario following the legalization of single-event sports betting in April of 2022. Shortly after the legalization on April 4, theScore Bet announced their first partnership, a 10-year agreement with Canada’s only Major League Baseball franchise, the Toronto Blue Jays. The partnership also includes a plan to create a theScore Bet-branded sports bar near the Jays’ stadium, the Rogers Centre.

With the number of competitors in the Ontario sports gambling market, theScore has profited from its existing brand recognition in the province. theScore started as a sports highlight television channel under the name Sportscope, before rebranding to theScore in 2000. In 2012, Rogers Communications acquired theScore Television Network and rebranded the channel to Sportsnet360. While Rogers effectively eliminated theScore’s television presence at the time, Score Media, theScore’s parent company, retained all of its digital assets. theScore made a smart move by betting on its digital assets following the release of its mobile app in 2007. Since then, their sports-news app has been consistently one of the most popular sports apps in North America, with approximately 4 to 5 million active users. In September of 2019, theScore Bet was released in three states, making it the first media company to enter the sports betting industry in North America. After reaching a strategic agreement in 2019 to help them enter more states, Penn National Gaming acquired Score Media and Gaming in 2021 for around $2 billion in cash and stocks. Since partnering with Penn in 2019, theScore Bet has seen an incredible rise to being one of the top sports betting apps in North America.

Although the partnership brings sports betting into Canadian golf for the first time, it also brings fresh faces, new ideas, and a wave of excitement for the average sports viewer. The RBC Canadian Open is set to kick off at the St. Georges Golf and Country Club in Etobicoke, Ontario on June 6.

Previous Guess Who’s Back, Back Again
Next You Only LIV Once