BioSteel Takes Over Hockey For Gatorade 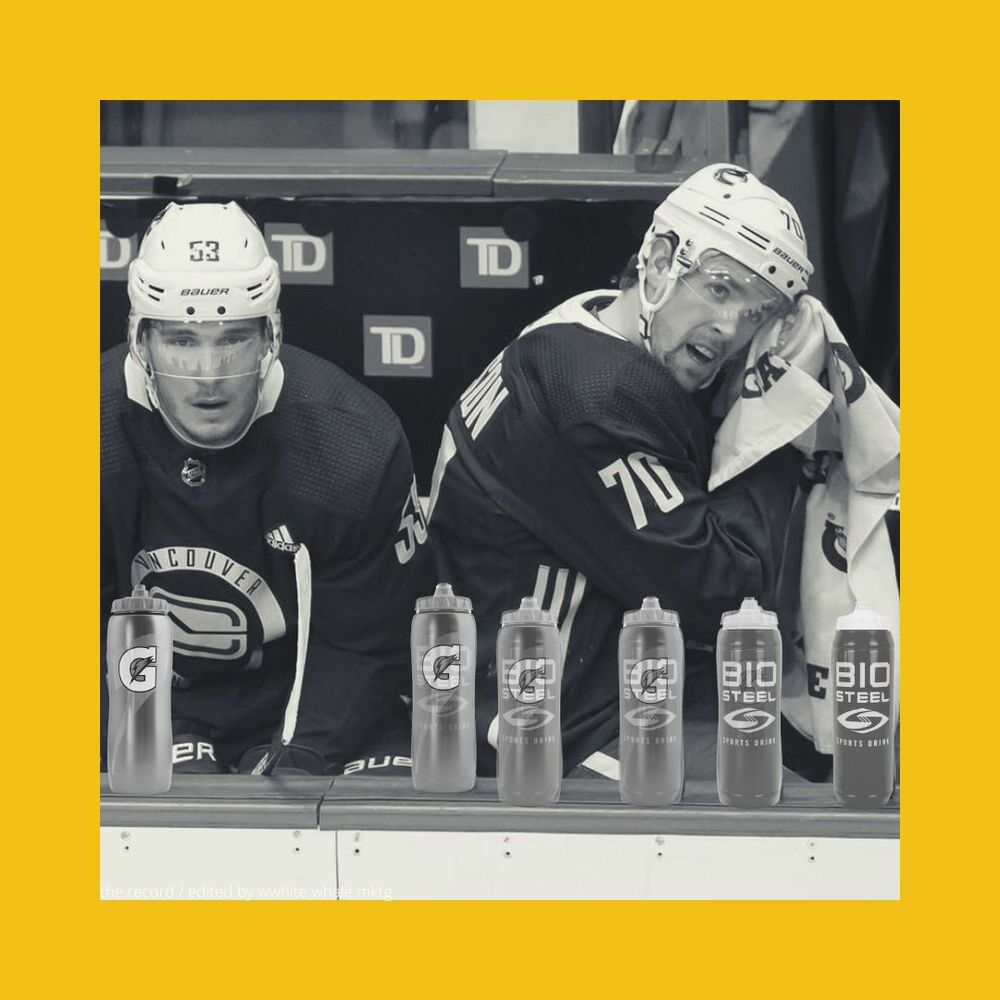 Since 2006, the iconic sports performance drink Gatorade has dominated the NHL as their official sports drink sponsor. However, a new competitor entered the market in recent years: Mike Cammalleri’s BioSteel. Focusing on their all-natural ingredients, essential electrolytes, and zero sugar, more and more of the North American sporting industry is making the change to the athlete-built drink.

As of last season, at least 30 of the 32 NHL teams were buying BioSteel drinks to supplement their players. Some players were even drinking from the famous green Gatorade bottles but were found to be drinking BioSteel instead.

But the 16-year period is finally over. Beginning next season, the NHL and NHLPA announced a multi-year deal with BioSteel, making them the official sports drink of the NHL, with all bottles on NHL benches, transitioning over to the white and red BioSteel bottles instead.

This is massive for BioSteel in the sports drink market. Now sponsoring multiple NFL, NBA, and US Soccer players, BioSteel is making ground on the road to overtaking Gatorade’s long-standing market domination.

Now, more and more BioSteel products are going to be exposed with NHL branding, logos, and players, across all NHL games in the coming years, in an undisclosed multi-year deal. Additionally, BioSteel’s summer camp, (which many NHL players attend) can now have official NHL logos and branding, as well as entering the prospect sponsoring space for up-and-coming NHL players, and even becoming the prize sponsor for college hockey’s top player prizes.

The possibilities are endless, with BioSteel sponsoring more and more professional sports teams and athletes, including the Toronto Raptors, the LA Lakers, Miami Heat, and both the US Women’s and Men’s National soccer teams.

Is this the fall of Gatorade? Will this provoke further sponsorship from BioSteel? Or will this inspire new drink companies such as Body Armor to invest in North American professional sports?

Let us know what you think! Is this a good deal for the NHL and BioSteel? Is Gatorade missing out or was this a smart end to their deal with the NHL?

Stay tuned for future articles from The Sport Marketeer for updates on this situation and the world of sports marketing.