BeReal in the Sports Marketing Landscape

Utilizing The Newest Social Platform To Your Advantage 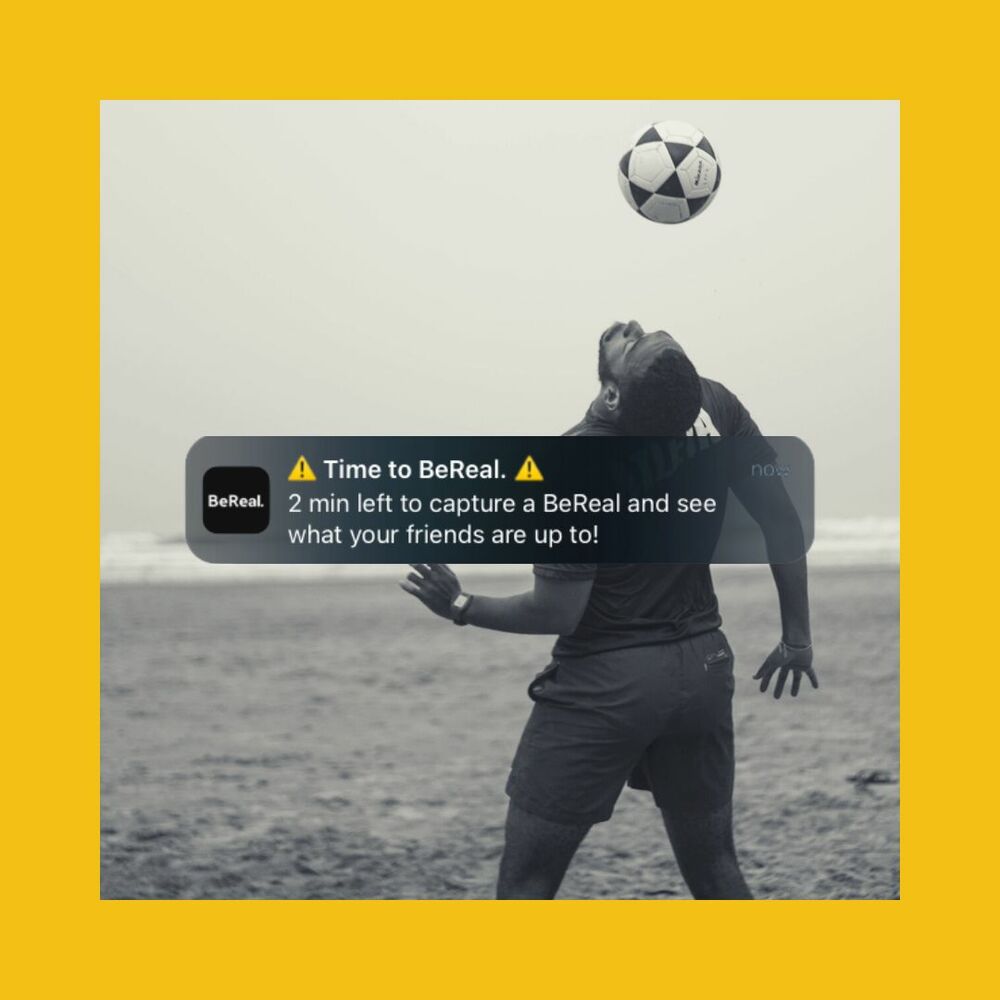 Similar to the English Premier League top 4 race, the social media landscape are established competitors, some competitors that need to be revamped, and then every year or two there is a new team that comes out of nowhere fighting for one of those spots. Now there is a new platform called BeReal that is looking to be promoted into the mainstream.

As an emerging platform, BeReal faces the challenge of differentiating itself in such a copycat industry. Positioned as the “Anti-Instagram” app, BeReal aims to have users share authentic photos of their everyday lives. With BeReal’s features and purpose being different from other social media, it has the potential to enhance the sports marketing landscape.

Brand partnerships with athletes will need to be built on greater trust and alignment.  Social media managers for influencers become obsolete with BeReal’s dual camera feature. The front and rear camera capture allows users to see who is actually taking the photos. With less planned content, brands will have to trust athletes to be able to showcase their products or services effectively in an unfiltered way. The spontaneity of the notifications to post is a feature that makes brand alignment with athletes even more essential. With the platform’s ethos being authenticity, it would be a huge error for athletes to showcase competing brands. However, spontaneity also provides an opportunity for natural product placements.

For teams and leagues, BeReal is a new platform that compliments the marketing strategies they already have in place. Over the last few years, teams have been providing content to satisfy fans’ craving to know more about what is happening behind the scenes. Similar to Instagram takeovers, teams can have a different member of the organization snap the BeReal photo each day to give behind-the-scenes content without much hassle. The ease of doing so means busier executives like GMs or Presidents can participate as well. Teams and leagues also have the opportunity to form a partnership with BeReal to receive organic marketing from users by having push notifications at specific times. For example, a team could have BeReal send the push notification during games. The platform is naturally set up for users to share their environments, so fans can easily show their view of the game and who they’re with.

According to TechCrunch, in April 2022 BeReal had 2.93 million daily active users. That is a minuscule amount compared to an estimate from Statista of Instagram’s one billion daily active users. However, at the end of July, BeReal reached the top of app store charts showing that its popularity is rising. As of right now, there are no major sports athletes or teams using the platform. So it may be some time until we see the sports world adopt the platform. BeReal may even fizzle out before we see this happen. But every once in a while, like Leicester City in 2015/16, a small organization breaks through and finds success.

Previous Winning and Losing off the Track
Next Open Your Eyes: Women’s Sports Isn’t Going Anywhere