Winning and Losing off the Track

Drama in F1 Heading into the Summer Break 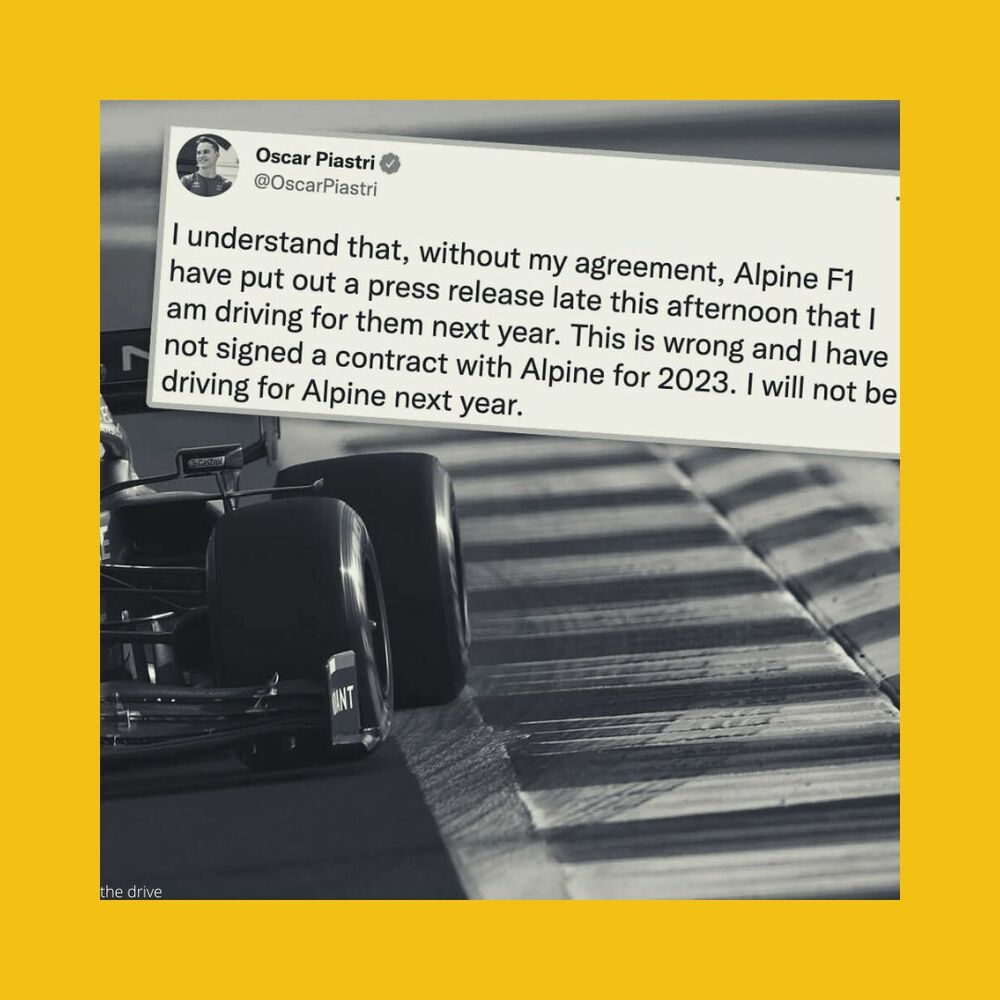 Coming out of the Hungarian Grand Prix at the end of July, the world of F1 was talking about the usual suspects – Verstappen, Hamilton, Red Bull, Mercedes, and even Ferrari. However, this past week has turned all the attention away from the current season and the leaderboard.

Alpine’s reserve racer, Oscar Piastri, is coming off back-to-back wins in Formula 3 and Formula 2. So the hype for Piastri’s debut in F1 has been anticipated by many F1 fans. On the surface, this appears to be a perfect passing of the torch. The French company put out a press release and a tweet announcing Piastri’s promotion to replace Alonso.

To the surprise of both Alpine and the F1 world, Piastri’s comments on the matter came on Twitter and not in the press release:

While the drama between Alpine and Piastri continues to unfold, what we can say with certainty is that this is an example of what not to do during a press release. Alpine’s announcement was met with skepticism, given that it was released during the middle of the night in Australia – poor timing if you expect an announcement to excite your fanbase.

On the positive side, Williams Racing and Alex Albon took to Twitter during the drama and put their own comical spin on things: Williams announced Albon’s contract with the team, and Albon mimicked Piastri’s tweet to take a jab at Alpine’s embarrassing situation:

The tweet received a reply from Piastri as well, who commended Albon’s trolling skills. Albon’s tweet went just as viral as Piastri’s and is a great lesson for athlete branding. Fans love to see personality on social media, and timing is everything. When the entire sport’s eyes are on one story, all it can take to come out the winner is a well-timed witty tweet – and in Albon’s case, is just as big of a win as Verstappen’s Hungarian GP win.

Update: After this article was written, it was announced that Oscar Piastri will replace Daniel Ricciardo for McLaren, following the upcoming season.