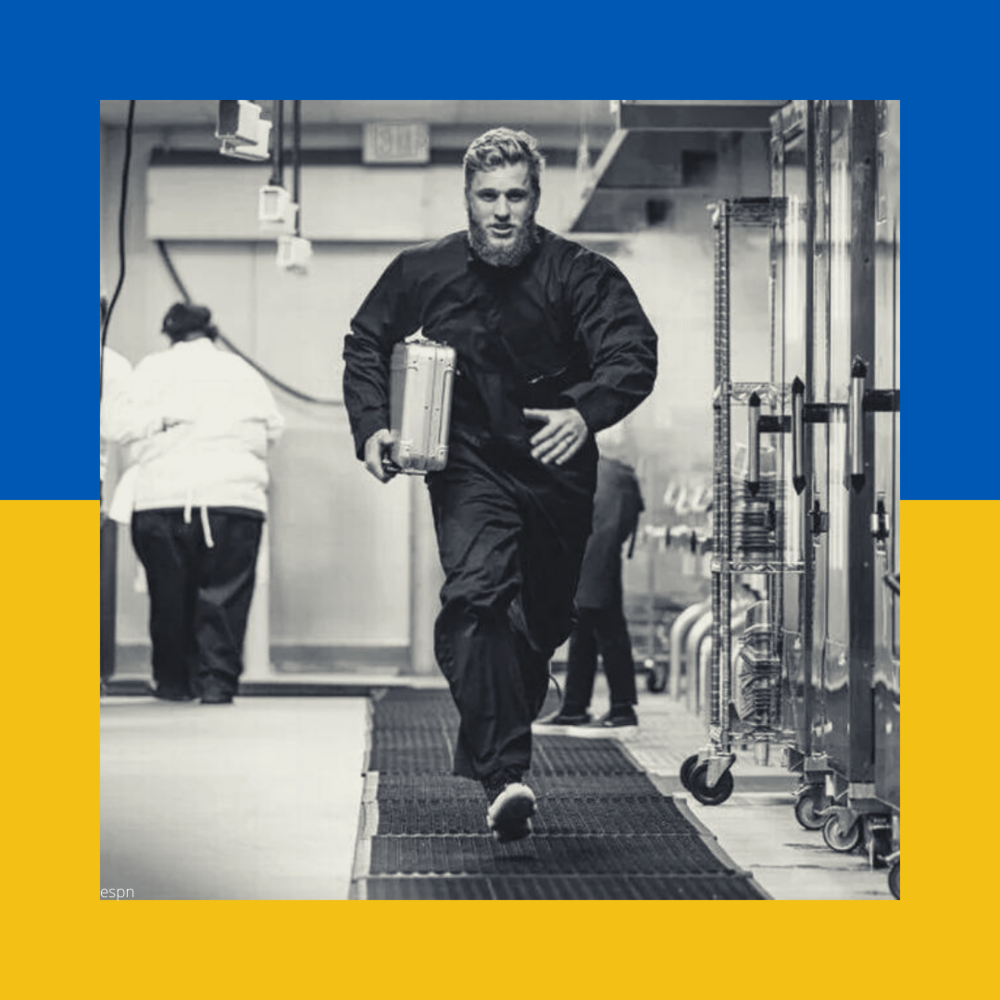 The NFL Draft is one of the league’s biggest events of the year, spanning over 3 days and giving all 32 teams a reason to be there (assuming no one dumped all their picks in the previous off-season). Across 3 days, fanbases crowd around screens across America to see the future of their team unfold in front of their eyes while the dreams of aspiring NFLers come true as their names are announced on stage. While the Mel Kiper Jrs across the nation are giving their analysis on each pick, and looking at the biggest steals and surprises of the draft - one team decided to take matters into their own hands and “steal” the draft themselves.

The Super-Bowl Champion Los Angeles Rams are coming off a very impressive season, winning the Lombardi trophy at home in SoFi Stadium. After bringing in stars like Matt Stafford and Odell Beckham Jr at the cost of draft capital, the Rams do not have a selection until the 3rd round this year. However, that didn’t stop the team from rolling out the red carpet to hype up this year’s draft:

The Rams released this trailer, with an Ocean’s Eleven vibe, surrounded on the idea of “stealing” the 2022 NFL Draft. Starring Aaron Donald, Matt Stafford, Cooper Kupp, and Tyrese Gibson, the trailer alludes to the team not taking the foot of the gas on the heels of their Super Bowl winning season. With no picks until the 3rd round, the Rams will absolutely need to find a diamond in the rough at pick 104.

What stands out about this trailer is the premium quality of it. You could drop this trailer in movie theatres across the world and have most of the audience confident that this action thriller is coming soon to a theatre near them. With the Rams relocating to LA in 2016, the team has had to rebuild a fanbase after giving up a loyal one in St. Louis. With the number of sports and entertainment entities in the LA area, it takes a lot to make a big splash and a statement - the Rams clearly are taking advantage of their Super Bowl and intend to continue to stay top of mind in NFL headlines, both locally and around the country.

With the 2022 NFL draft being hosted in Las Vegas this year, the event begs for spectacle. The city expects to have approximately 600 000 fans in attendance for the draft festivities, similar to the numbers in Nashville in 2019. Cities can see upwards of $100 million in economic impact by hosting the draft.

But back to LA - what is the logic behind the trailer? During the pandemic, teams had to virtually attend the draft, capped off by Dallas Cowboys owner Jerry Jones making draft picks from his yacht. This year, the Rams set up a Draft Room in a luxury home in Hollywood Hills, and have been releasing interviews and analysis videos from the house. The trailer is a great way to bring attention to the Rams before the draft, and bring more attention to the content they hope to create in the draft room. Only time will tell will the Rams will actually steal the draft, but with over 2.5 million views of the trailer so far, they’ve found a way to win (again).