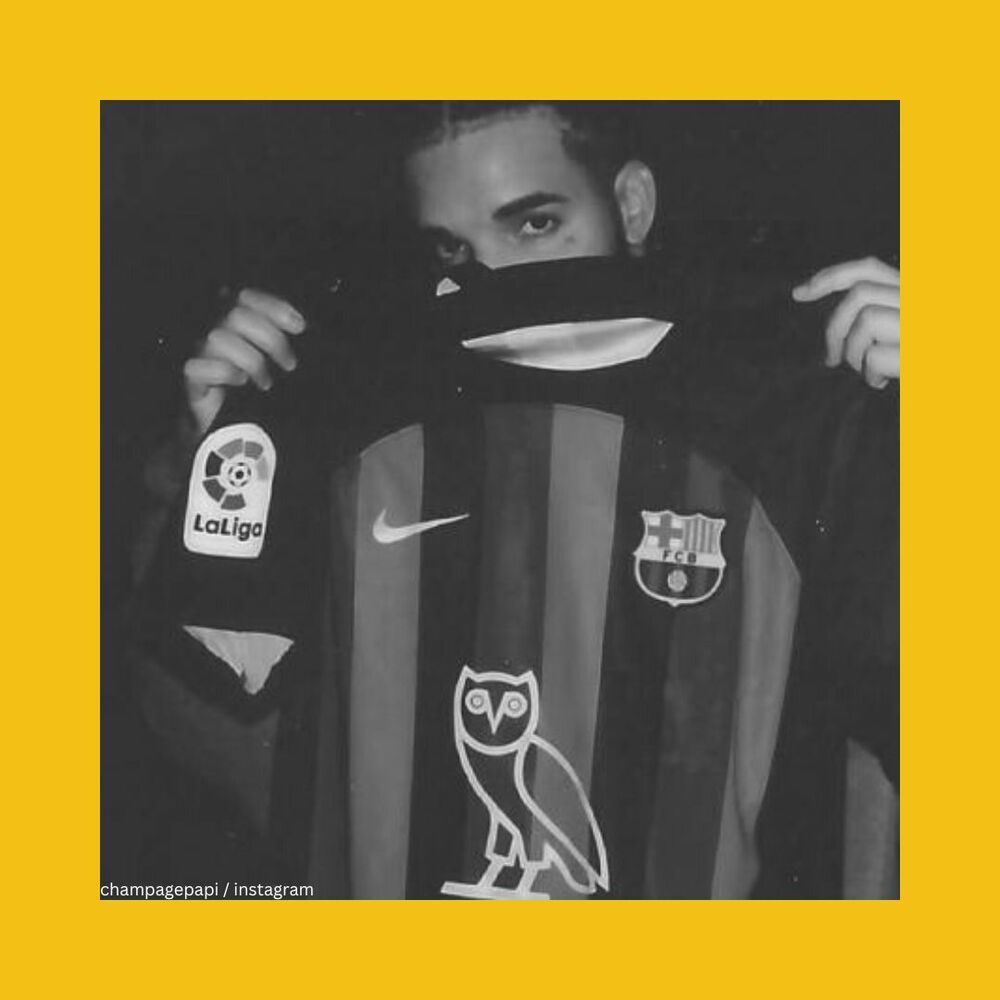 In a previous newsletter of ours, we broke shared the news of a major streaming platform, Spotify, sponsoring the front of FC Barcelona’s kit. A major announcement regarding the sheer value, $400 million, but also with the potential it had for both parties.

For potential, we discussed ideas such as having unique Spotify QR codes for each player’s jersey to share their favourite playlist. Well, it looks like we weren’t that far off, as Spotify and Barcelona place Drake’s OVO Owl on the front of the kit. This activation shares what could be possible in the world of sports when creative. As stated by Juli Guiu, Vice President for the marketing area of FC Barcelona, “this initiative shows our potential to become a unique platform to offer experiences that help bring us closer to our fans while reaching out to new audiences around the world”.

You can’t argue with Juli’s statement, as it’s what partnerships are all about – two parties coming together for mutual benefit. As stated, this initiative shows potential. Why not do things like this more often? Look, we’re talking about it. Even though the Spotify logo is not the one being featured on the kit, we are still praising their creativity which only increases their visibility.

Initiatives like these are only the beginning, in the past year we’ve seen collaborate with hockey brand Sherwood, Justin Bieber’s apparel brand working with the Maple Leafs, and many more brands finding ways to push the envelope when it comes to partnerships. We’re here for it and can’t wait to share.