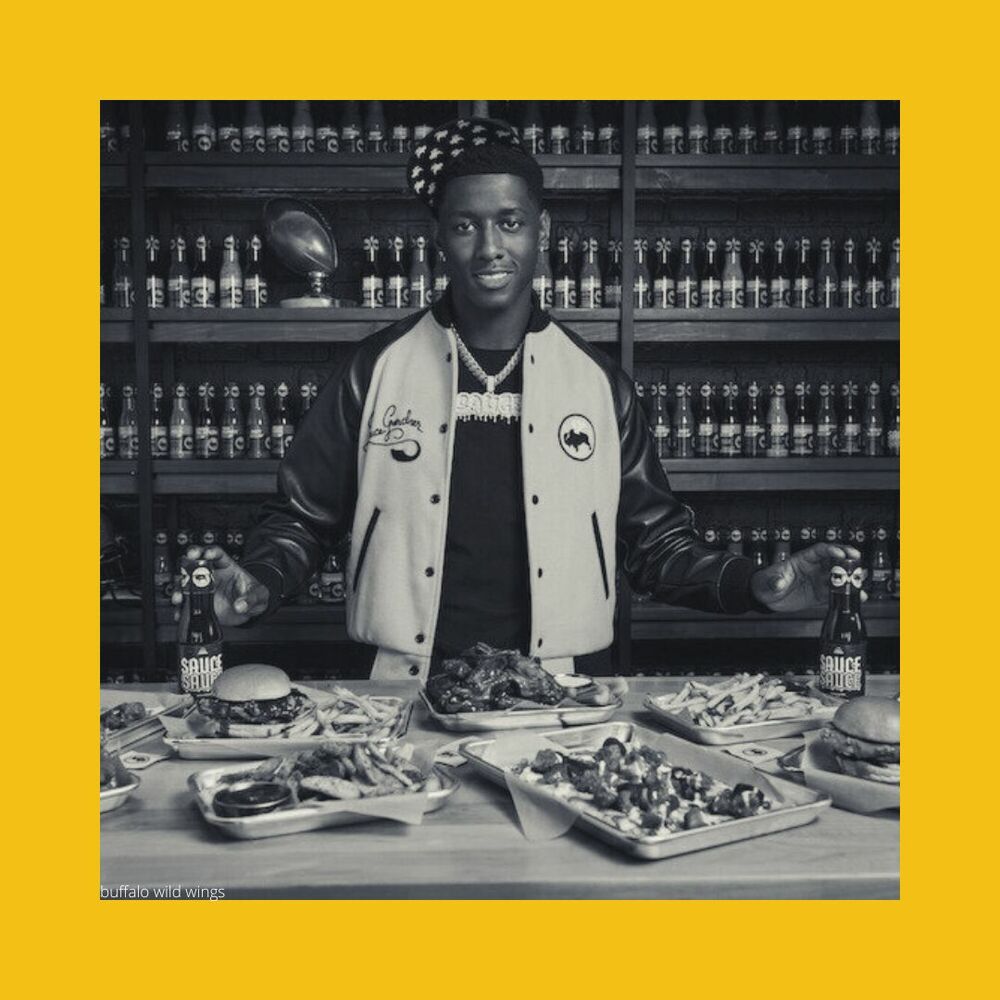 For decades, top athletes around the world endorse products and collaborate with some of the world’s top brands such as Cristiano Ronaldo’s CR7 Mercurial cleats with Nike and most famously, the Jordan brand with Nike and Michael Jordan. Well if 2022 has taught us anything in the world of sports marketing, is that nothing is ever predictable.

Earlier this week, New York Jets cornerback Ahmad ‘Sauce’ Gardner signed a deal with Buffalo Wild Wings (yes them) to introduce his own specialty sauce at Buffalo Wild Wing restaurants which they have officially named the “Sauce Sauce”.

Inspire brands, the owners of Buffalo Wild Wings, announced the new sauce in collaboration with ‘Sauce’, stating that it's “a smokey, sweet, and spicy BBQ sauce which intercepts your taste buds and takes it to the house on your favorite wings and sandwiches”.

It’s safe to say this is certainly a unique collaboration between an NFL CB and a nationwide chicken wing franchise, but we’re here for it! Check out the official launch video Gardner posted to his Twitter.

WW launched Gardner’s sauce at an autograph signing session called “Signed with Sauce” in New Jersey where fans autographed all items with sauce, really stepping up all BWW marketing efforts to promote their new athlete-partnered product.

In his promotional video, Gardner even poured his new BWW sauce directly from a diamond-crusted chain hanging from the neck, that also just happened to be in the shape of a bottle of sauce (with a removable lid)

Some brands just go way too boring and safe with product and partnership announcements. No more posting a stock image of a player with the product like we’ve seen in the past, it’s time to follow BWW in “spicing” things up with their modern marketing efforts.

Previous The Future of Golf Starts Now
Next "Love is Everything", an ode to Serena's legacy off the court