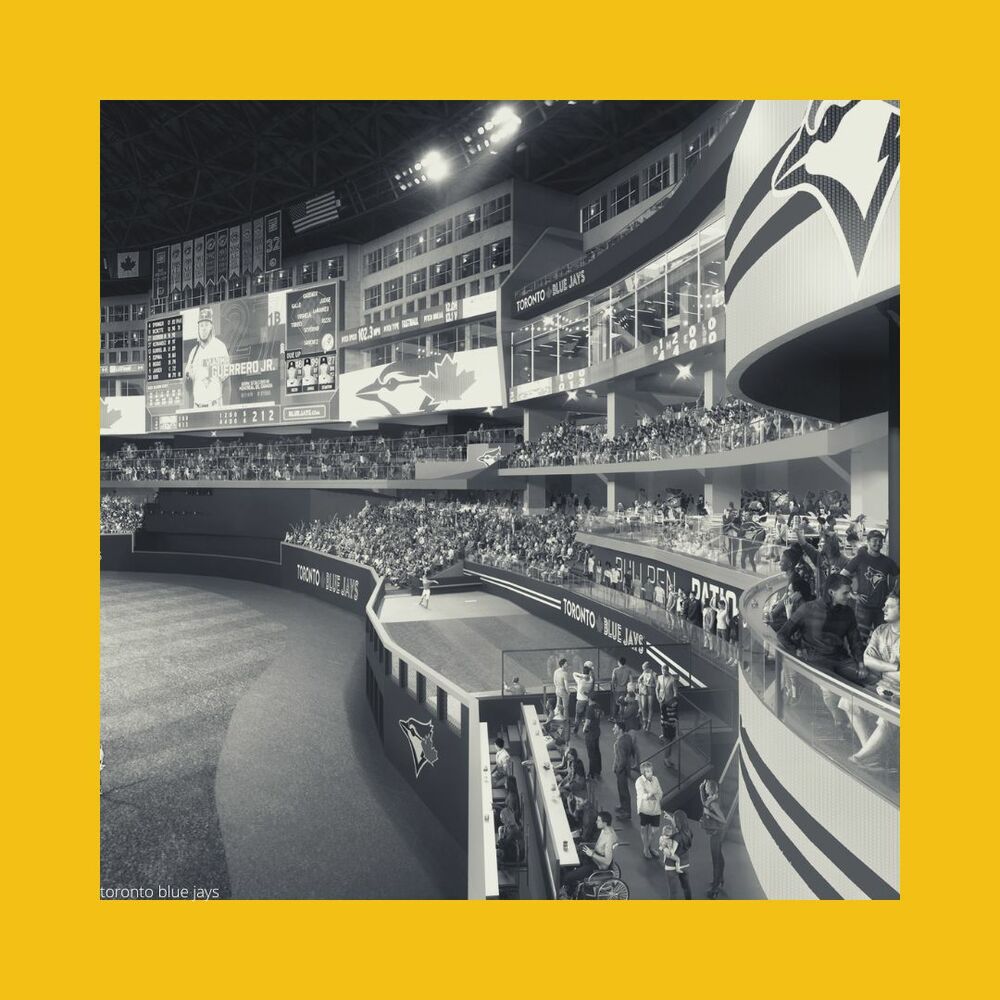 The Rogers Centre, formerly known as the SkyDome, has been a topic of discussion around Toronto for several years now. Many fans have voiced their concerns about the long-term viability of the Blue Jays' home. In 2020, the concerns were addressed when Mark Shapiro, President, and CEO of the Blue Jays, announced that the club would be renovating the Rogers Centre to add another 10 to 15 years of usage before looking for a permanent replacement.

The renovation project started in 2020 when the Rogers Centre went through an extensive process to find another turf for the field and replace it for the start of the 2021 season. The sound system was also redone and small upgrades to the 100-level seating were completed.

During the 2021-22 offseason, the Rogers Centre once again went under the knife for some major cosmetic upgrades. A brand new 8,000 square-foot video board was installed in the outfield, alongside new display panels and ribbons along the side of the stadium. The stadium lighting was also improved as over 500 LED fixtures were inserted. More concessions were added to improve the list of food and drink options that fans can choose from during the game.

This week, the club announced the next stages of renovations for the Rogers Centre. Following the 2022 season, the stadium will undergo a $300 million makeover to transform the outfield into a better fan experience. Select seats are being replaced with social spaces such as patios, bullpens will be raised to allow fans a better view of pitchers warming up, outfield walls will be moved closer to the seats, bringing the fans closer to the action on the field, and every 500-level seat will be replaced. The players will also receive upgrades with improved training facilities, a brand new 5,000 square-foot weight room, and new player-family rooms. Further renovations to redo the infield 100 and 200-level seats are expected following the 2023 season.

The renovations are a part of a larger focus on improving the connection between the Blue Jays and their fans. Most of the improvements have been made to make the Rogers Centre a better environment for fans through innovative social spaces in the outfield and better viewing experiences in the infield. The Blue Jays have also prioritized more partnerships that improve the fan experience. This includes a 10-year partnership with TheScore Bet to support more engagement opportunities such as a brand new state-of-the-art sports bar and a new multi-year partnership with A&W for new in-stadium collaborations.

With the recent and upcoming renovations and improved fan partnerships, the Toronto Blue Jays are once again turning into a top club in the MLB, on and off the field.

Previous Arsenal: Prime’d and Ready To Go
Next Winning and Losing off the Track