Chris was initially in University for accounting - what he thought would be his future. But after a few years, Chris changed his course of action to pursue what he always thought was best for him: Marketing. After enrolling in a digital marketing course that contained a personal branding project, with the objective of marketing yourself it led him down a new path and the rest was history. For Chris, this was his way to follow his dream - sport marketing. And thus nascimentomktg was born.

With that, here at white whale mktg we are super excited to announce the release of the one-of-a-kind Chris Nascimento NFT, releasing this week. The auction will take place on the Opensea.io platform, starting Wednesday, May 12th and closing Friday, May 14th. 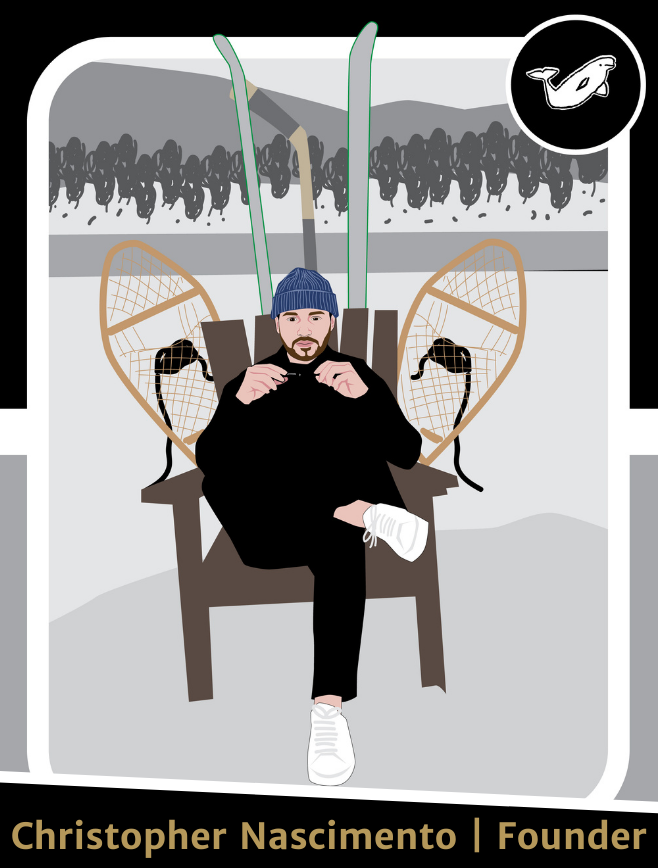 Chris started playing sports from a young age, with soccer and hockey as his favourite. Sports were a major part of Chris’ life, whether it's on the field, in the middle of our great Canadian winters on the ODR, or on the controller, playing NHL or FIFA. Sports have always been key for Chris, eventually from what he thought to be just a personal project, to a fully flowing business idea. After spending time at the Canadian Premier League club Atlético Ottawa, managing their marketing and communications, and continuing his work with nascimentomktg, Chris could no longer ignored the signs. From talking to athletes, agents, and others in the industry it was clear change was coming. Athletes were growing a desire to market themselves but did not have the expertise, time, or resources to do so. It was time to chase his white whale.

white whale mktg was born and the chase was on.

The NFT shows Chris in his natural habitat, the great Canadian outdoors, on the frozen-over lake, surrounded by sports regalia: the winter’s snow, snowshoes, skis, and hockey sticks. Sports are his life and this NFT personally emulates his passion for all sports.

Make your bid on Wednesday. Win the bid on Friday. Get Chris’ first NFT. It’s easy.