A QB Controversy in Oklahoma 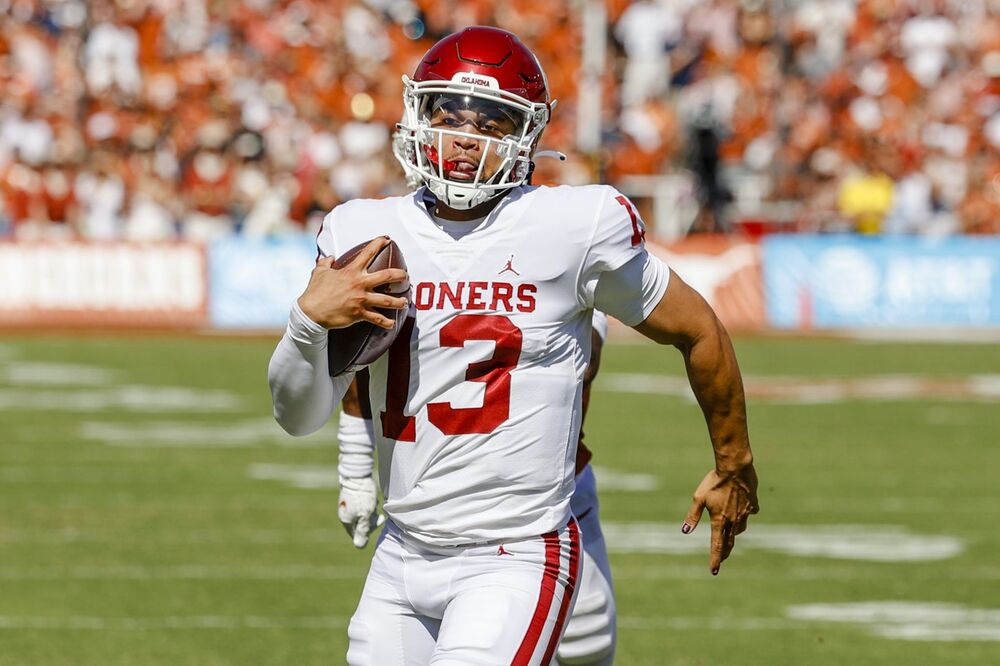 For anyone who knows college football or follows the top NFL draft-eligible prospects, Spencer Rattler is a household name - a top-ranked quarterback who is projected to be a franchise QB in the NFL, and potentially a top pick in the 2022 NFL draft. This past Saturday, the Oklahoma Sooners made the decision to bench Rattler and start their backup instead. With this amount of hype being Rattler, it is easy to see why his benching made headlines across the football world.

Much has been said about the hype around the new play-caller in the spotlight, Caleb Williams. Not only did he impress after replacing Rattler, but his first official start was also met with a massive celebration from Sooners fans - you can literally hear how loud the crowd gets compared to the yells other Sooners starters got:

What’s most interesting about Caleb Williams however is his brand off the field. On August 5th, he had made 4 trademark applications for 2 logos using his initials, his name, and his silhouette. Williams intends to create merchandise using these logos and establish his own brand.

Williams is a great example of an athlete working on their brand before their time in the spotlight. Going into this year’s college season, Rattler was expected to start and dominate the headlines leading up to the draft. Now that Williams has entered the scene, he clearly has his mind set on keeping the starter role - and the team behind him has prepared him well to make his mark on and off the field.

It’s exciting to see young athletes preparing themselves for a career on and off the field, especially with the NIL deals creating a great opportunity for collegiate athletes to get started. As the NIL program allows athletes to partner with brands and earn revenue from their name, image, and likeness, it starts to beg the question - when will athletes evolve? Who will be the first to innovate? Who’s got next?

A few weeks ago, we took a look at Arby’s partnership with college running backs and recognized that now that Pandora’s box of NIL is now open for young athletes - the competition for these deals will increase. Athletes with an established brand and an understanding of their audience and identity will rise above the rest.

Previous How To Get Fans Back In The Stands
Next The End of an Era: What's Next for FIFA and EA